What Type Of Camper Are You? 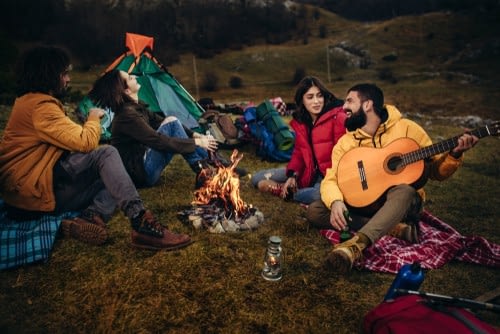 There is generally one thing that all campers have in common is the love for the great outdoors but how we do camping can often varying.

It takes all kinds to make the world go around as the saying goes and similar can be said for camping. Here is a list to describe a range of campers – which one are you?

Rarely ventures far from the perfect layout of comfy chairs and coloured décor – wine in hand of course.

Majority of the time they are cooking over the open fire and getting creative to create the perfect camp meal.

They are often locate don the perfect spot, set up is simple with camp chairs and the kettle on. As they are time rich they generally stay in one location for several days.

Once a boy scout, always a boy scout, and with the motto of “Be Prepared” they generally are prepared for anything with military precision and planning with a backpack full of gadgets. They generally have a range of skills such as know tying and are full of knowledge.

As long as there is food on the fire, preferably meat and an esky full of cold beer, they are generally happy campers.

Hardy, transient and minimalistic campers who are prepared for most things with limited effort but have a ton of energy and enthusiasm for the great outdoors.

Has a never-ending list of campfire sing a longs that are sung at any time of the day or night with or without you.

Appears to never be happy and always has something to complain about. They have generally been dragged out into the great outdoors by their overly enthusiastic partner or family member.

Always takes on any outdoor activity or chore with team effort and smile on their faces.

Organised and full of energy to motivate even the most reluctant campers. Every moment has a schedule and can become annoying.

Makes the rules and controls the fun. 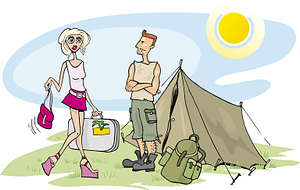