Stargazing From Your Campsite 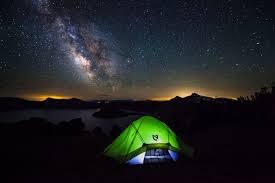 One of the greatest pleasures of Aussie camping is a night spent gazing at the stars – a five (million) star accommodation experience.

All you need is a camp chair, a blanket and the desire to gaze at the heavens.

Here are the top five things to look for:

If you need more help finding constellations in the night sky, there are some very good apps for your phone to help you along.

New South Wales is home to some of the best stargazing spots. Here are the top 5 locations so look up!

Why not include a visit to an Observatory on your next trip.