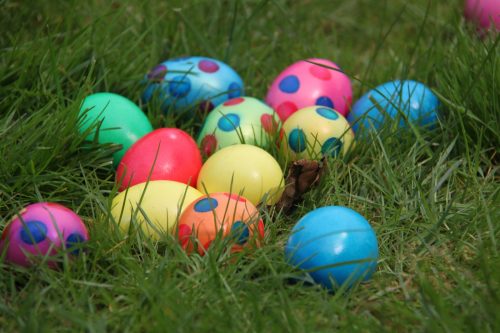 Easter is a festival and holiday celebrating the resurrection of Jesus Christ from the dead, described in the New Testament as having occurred on the third day (Easter Sunday) of his burial after his crucifixion (Good Friday) by Romans at Calvary c. 30 AD. It is the culmination of the Passion of Christ, preceded by Lent (or Great Lent), a forty-day period of fasting, prayer, and penance.

Easter is celebrated over four days:

The day Jesus willingly suffered and died by crucifixion as the ultimate sacrifice for our sins.

Holy Saturday commemorates the day that Jesus Christ lay in the tomb after his death, according to the Christian bible and is also known as Easter Eve.

It commemorates Jesus Christ’s resurrection from death, as written in the Christian bible.

Celebrates Jesus Christ’s resurrection from the dead, three days after he was executed by crucifixion.

The History of Easter

Easter and the holidays that are related to it are moveable feasts, and they do not fall on a fixed date, instead, the date for Easter is determined on a lunisolar calendar similar to the Hebrew calendar. In Western Christianity, Easter always falls on a Sunday between 22 March and 25 April inclusive, within about seven days after the astronomical full moon.

Where did the name Easter come from?

The naming of the celebration as “Easter” seems to go back to the name of a pre-Christian goddess in England, Eostre, who was celebrated at beginning of spring.

Why are Easter Eggs given at Easter?

Easter eggs are specially decorated eggs given out to celebrate the Easter festival.

The custom of the Easter Egg originated in the early Christian community of Mesopotamia, who stained eggs red in memory of the blood of Christ, shed at his crucifixion. For Christians, the Easter Egg is a symbol of the empty tomb and is also believed the egg represents fertility and Jesus’ resurrection or re-birth.

The oldest tradition is to use dyed chicken eggs, but a modern custom is to substitute eggs made from chocolate, or plastic eggs filled with candy such as jellybeans.

The meaning of the Easter Bunny

The Easter Bunny is a popular legendary anthropomorphic Easter gift-giving character and as Rabbits, known for their energetic breeding, have traditionally symbolized fertility.

One theory is that the symbol of the rabbit stems from pagan tradition, specifically the festival of Eostre—the goddess of fertility whose animal symbol was a bunny. 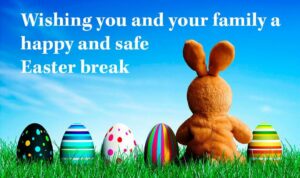