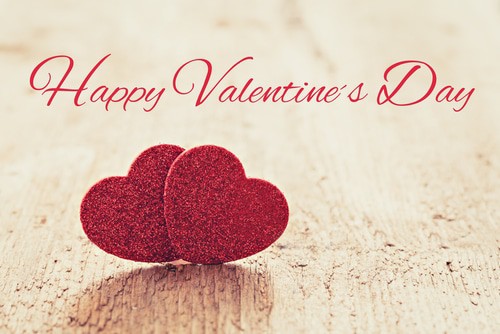 What is Valentine’s Day?

St Valentine’s Day is an annual festival to celebrate romantic love, friendship and admiration. Every year on 14 February people celebrate this day by sending messages of love and affection to partners, family and friends.

Valentine’s Day is named after Saint Valentine, a Catholic priest who lived in Rome in the 3rd Century.

During this period, Emperor Claudius II was a pagan and created strict laws about what Christians were allowed to do. Claudius believed that Roman soldiers should be completely devoted to Rome and therefore passed a law preventing them from marrying. St Valentine began to marry these soldiers in secret Christian ceremonies and this was the beginning of his reputation for believing in the importance of love.

Eventually Valentine was found out and jailed for his crimes against Claudius. While imprisoned, Valentine cared for his fellow prisoners and also his jailor’s blind daughter. Legend has it that Valentine cured the girl’s blindness and that his final act before being executed was to write her a love message signed ‘from your Valentine’. Valentine was executed on 14 February in the year 270.

How did Valentine’s Day develop?

The day was first associated with romantic love in the circle of Geoffrey Chaucer in the High Middle Ages, when the tradition of courtly love flourished, a ritual of expressing love and admiration, usually in secret. In 18th-century England, it evolved into an occasion on the 14 February in which lovers expressed their love for each other by presenting flowers, offering confectionery, and sending greeting cards (known as “valentines“).

The practice of sending love messages developed into people sending special cards expressing their affection. Saint Valentine’s Day cards were decorated with pictures of cupid, hearts and flowers and trimmed with lace and ribbon. These images are still used today to symbolise love and are recognised all over the world.

What is Valentine’s Day in Contemporary Times?

Valentine’s Day is most commonly associated with romantic love, with millions of Valentine’s Day cards being exchanged each year. Gifts of flowers or a single red rose and chocolates are sent with romantic messages to loved ones and couples spend special time together.

As we watch the sun go down,

I want to let you know;

my love for you is forever, 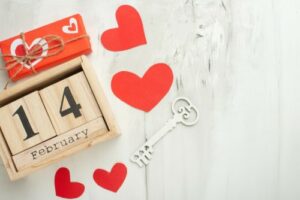