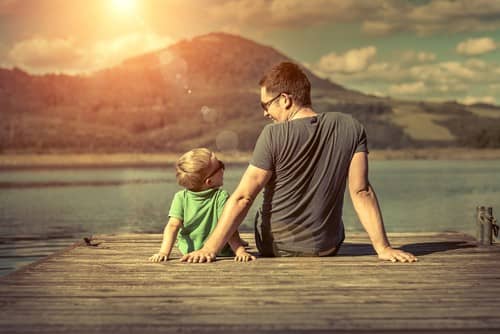 What is Father’s Day?

Father’s Day is a celebration honouring fathers and celebrating fatherhood, paternal bonds and the influence of fathers in society. It is a day for people to show their appreciation for fathers and father figures. Father figures may include stepfathers, fathers-in-law, guardians (eg. foster parents), and family friends.

In Australia Father’s Day is celebrated on the first Sunday of September and is usually celebrated with gifts and family get togethers.

There are some suggestions that the idea of Father’s Day may originate in pagan sun worship. Some branches of paganism see the Sun as the father of the universe.

Images of fathers or father figures, and the words “Happy Father’s Day” are often seen on marketing material, such as posters, postcards, and advertisements, to promote Father’s Day.