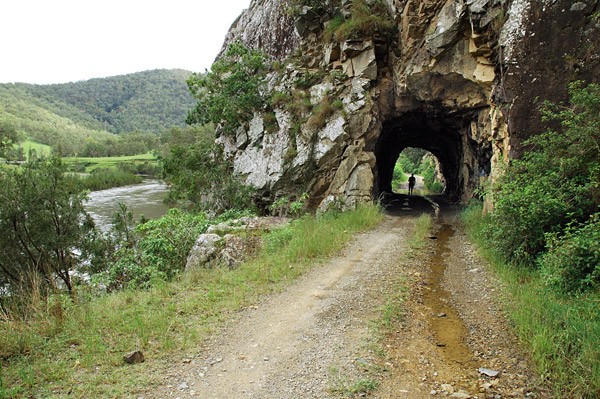 There is so much to explore in NSW and here are six beautiful unique drives in NSW.

This popular tourist drive from Richmond to Lithgow is an alternative and more scenic way to get over the Blue Mountains offering a contrast of farmlands, stunning bushland and spectacular sandstone cliffs accompanied with a distant sound of Bellbirds singing.

The 59 klms of sealed road meanders across steep and winding sections from Richmond in the Hawkesbury region through the historic town of Kurrajong Heights, apple pie country at Bilpin before climbing and descending into Mount Tomah and the Blue Mountains National Park where it eventually ends in Lithgow.

This 57klm rural drive from Moss Vale to Nowra, takes you through the stunning Kangaroo Valley located in NSW’s Southern Highlands.

This winding, sealed road with several hair pin turns takes you across two mountain ranges, and passes through several quaint country towns and beautiful natural attractions such as Fitzroy Falls.

The 441klm drive travels from Canberra, through the Snowy Mountains high country and the Kosciuszko National Park, to the Murray River.

The majority of this drive is through Kosciuszko National Park linking Jindabyne in the southern region of the park to Khancoban located on the western slopes of the Snowy Mountains. The route winds its way through quaint country towns and alpine villages, with breathtaking views of the majestic mountains and sparkling rivers.

The Waterfall Way is a scenic drive from Coffs Harbour on the NSW North Coast through the beautiful tablelands of the New England region.

The 191 km touring route winds inland from the Pacific Highway, through Bellingen, up to Dorrigo and further to Armidale. Follow the Waterfall Way to several spectacular national parks including Dorrigo, New England, Oxley and Cathedral Rock. In Dorrigo National Park you’ll find many of the drive’s best waterfalls – Ebor Falls, Mihi Falls and Dangar Falls.

through the Great Dividing Range in NSW and named after the 19th-century bushranger Frederick Ward, also known as Captain Thunderbolt.

A former stock route, this 163klm scenic drive meanders through the Northern Rivers region of NSW from Grafton to Glenn Innes.

Majority of the road is unsealed but suitable for most vehicles and passes through mountainous cattle country with flowing rivers and historical features. The road is not wide so beware of oncoming cars and logging trucks.

Discover numerous scenic opportunities with the World Heritage listed National Parks of Washpool and Gibraltar Range and visit the historic ghost town of Dalmorton and the impressive, convict-built tunnel where the road passes through the cliff.